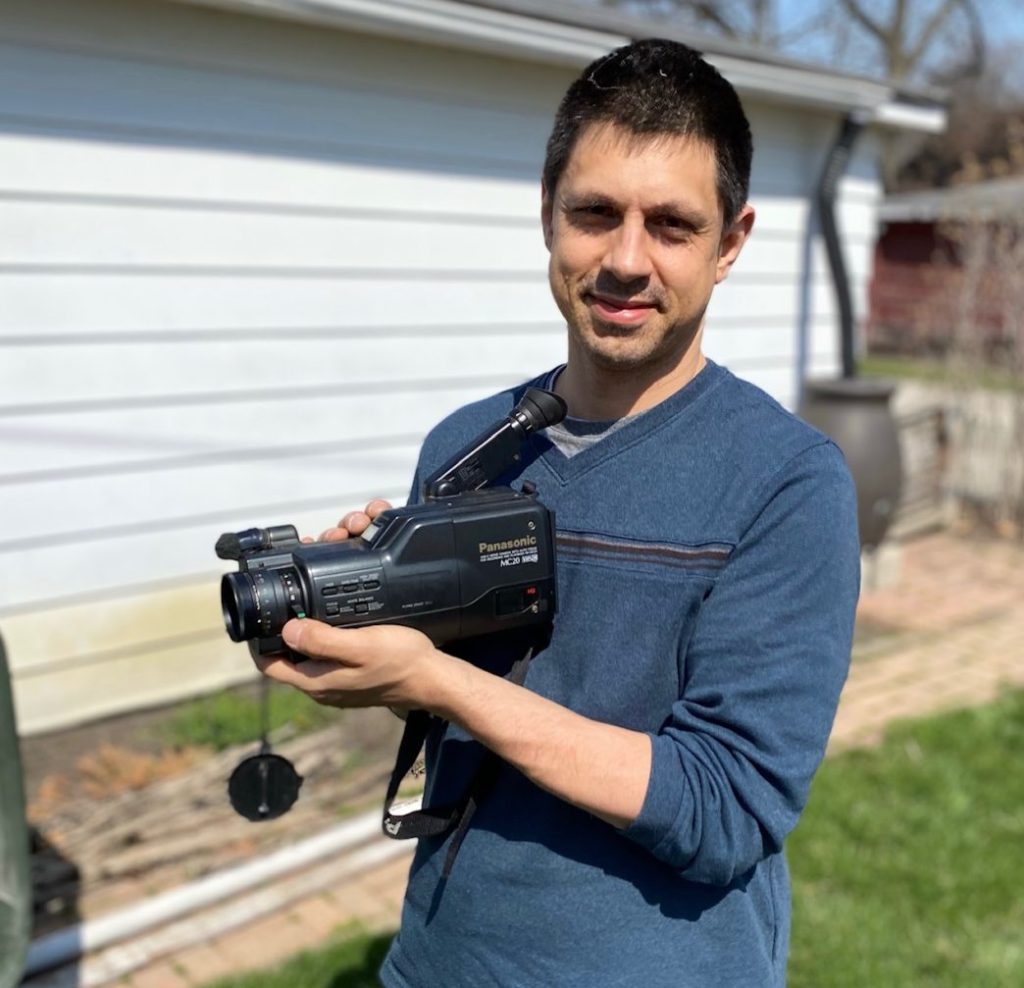 My sister and I did some spring cleaning this morning and we found my dad’s old VHS-C Panasonic camera, 1989 or 1990 vintage. Dad bought it during a trip to Amsterdam for a veterinary conference in 1990, our first ever trip abroad. Back home in Sarajevo, dad started filming typical home video repertoire — my sister’s birthday, family gathering for Christmas with grandparents, our long bike ride together through Sarajevo, uncle Bruno playing Stevie Wonder’s “I Just Called To Say I Love You” on his keyboard — Bruno would die just a year later from a mortar shell while fixing the damage from prior shelling on the roof. Then there were shots from our vacations with our little inflatable boat in the Adriatic Sea, me and cousin Mario fishing and catching only minnows, and long seaside card games in the evenings. This camera filmed some intense moments in the 1990s — artillery shelling of wheat silos in Sarajevo with wheat pouring down the side of the 8 story building (with the background sound of mom screaming at dad to stop filming and take shelter). There are also moments of me learning my first guitar chords, and our family’s reunion in Split, Croatia after the war, taking turns riding a scooter. Then, there are small moments of our immigrant experience in Chicago — a quiet moment of parents drinking coffee after exhausting work on a factory assembly line.

I filmed my first school film project on this camera, as an undergraduate at University of Illinois at Chicago — a badly filmed exploration of a flooded forest preserve near Des Plaines river. A few years later, we replaced this camera with a newer model, then some other cameras years later. I don’t have as many stories tied to these newer models, though there are some. But this old camera captured some moments of intensity, emotions and turmoil of a specific group of people, time and place, with immediacy and no pretense.

— Vedran Residbegovic is a filmmaker and media content producer working in Chicago and in Ottawa, Canada.