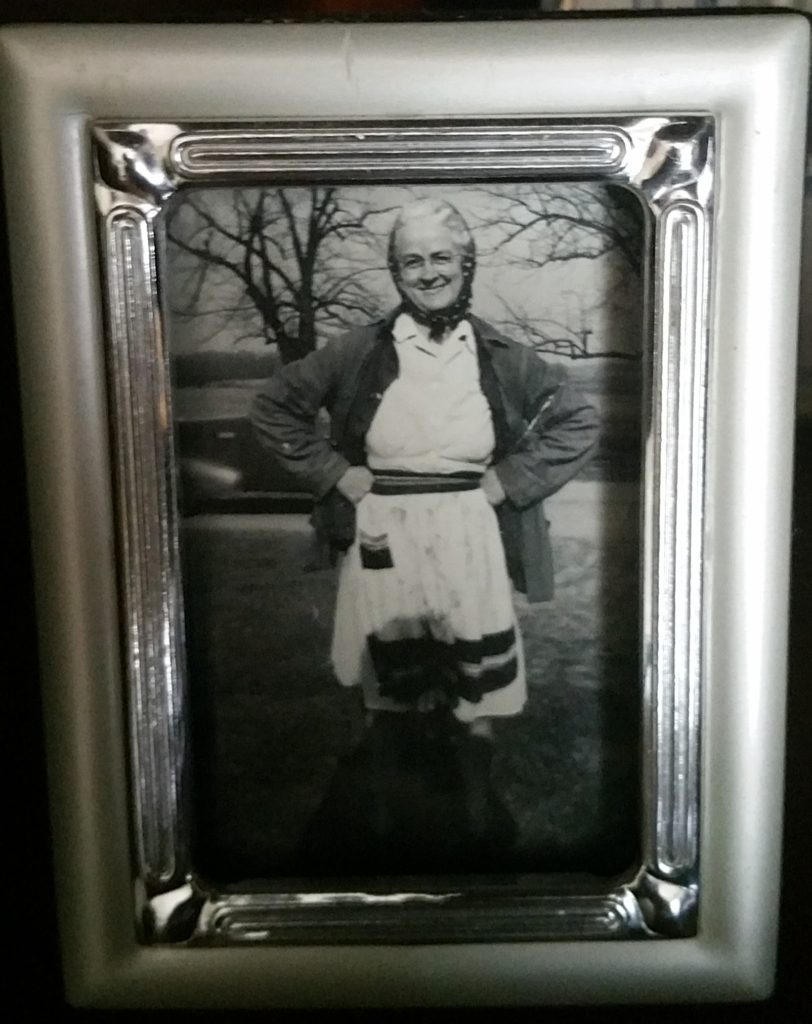 My family story isn’t one that directly relates to Chicago or one that happened even within the last hundred years, but it’s my family’s immigrant story non the less. The paternal branch of my grandmother’s family starts with a woman named Ida Griess who was born in 1835 in Prussia. Sometime after Ida was born, she and her family immigrated to Ohio/Pennsylvania area like so many other Prussians during that time. Many Americans might know these German immigrants better as the “Pennsylvania Dutch”. Ida married another German immigrant in 1854 and started the family line in Ohio that I am the 6th generation descendent of.

The maternal branch of my grandmother’s story begins in Scotland in 1775 where Harmon Dick was born. He immigrated to Pennsylvania sometime between then and 1796, married a German immigrant named Margaret, had two sons, and moved to Ohio shortly after. I am the 8th generation of this German lineage, many of whom were farmers, instrument makers, and musicians.

While I moved to Chicago 17 years ago, my extended family still remains in Ohio where the 9th generation is being born now.

The photo attached is of great Grandma Woodworth (generation 5).

My grandmother used to make Kartoffelgratin for us when we were kids: https://foodandjourneys.net/german-potato-gratin-kartoffelgratin/