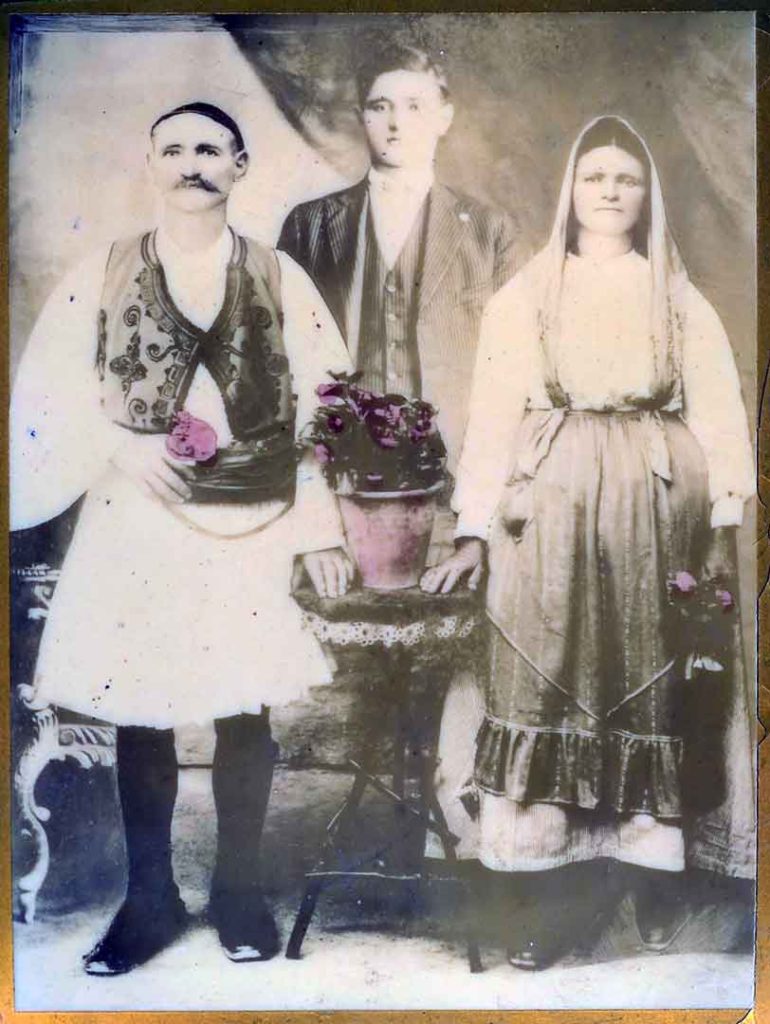 My great grandfather, August Karras, was born in 1903 in Tripolis, Greece. He immigrated to south Chicago around 1922. After marrying and having two daughters, he was naturalized in 1943.

“Gus” eventually owned a small, family-run diner, The Marquette Fountain, in The Bush neighborhood. He did everything from dishes, to cooking, to waiting tables. His two daughters — my grandma and great-aunt — also worked there. My dad, born and raised in East Side neighborhood, remembers the diner closing when he was about 4 years old.

To my dad, and his sister and cousins, August Karras will always be known as their “Pappouli” — grandpa in Greek.