Designed for music students grades 6-12, with a recommended 3 years of experience or an intermediate proficiency level of the instrument.

This 5-session series will explore the many ways in which jazz artists approach improvisation.

Each one-hour session will include a chance to interact with Latin jazz greats including Jane Bunnett, Victor Garcia, Miguel Zenon, John Santos and others, showcasing a range of musical instruments and Latin cultural backgrounds. The interactive sessions will include 60 minutes of bi-lingual instruction followed by  opportunities for participating students to meet and interact with the presenter and each other.

In each session you will explore an artist’s approach to improvisation and creative expression. You get a firsthand look at the breakdown of how life experiences, past and present, play a vital role in influencing the creative choices you make as artists and people. Improvisation is a study of who we are, and an honest look at our present selves. Join us as we explore these facets of ourselves and learn from the masters.

Through this workshop we hope to build cross-cultural bridges between our students and those we have invited from Mexico, Puerto Rico and Panama. The workshops will bring Latin music to the forefront and introduce and further delve into the world of improvisation through a different culture’s roots. We hope to highlight the ways in which improvisation is a human form of expression, one which can connect and speak to people regardless of age, language or background. This is a rare opportunity to meet people from different cultures and explore improvisation with the masters! 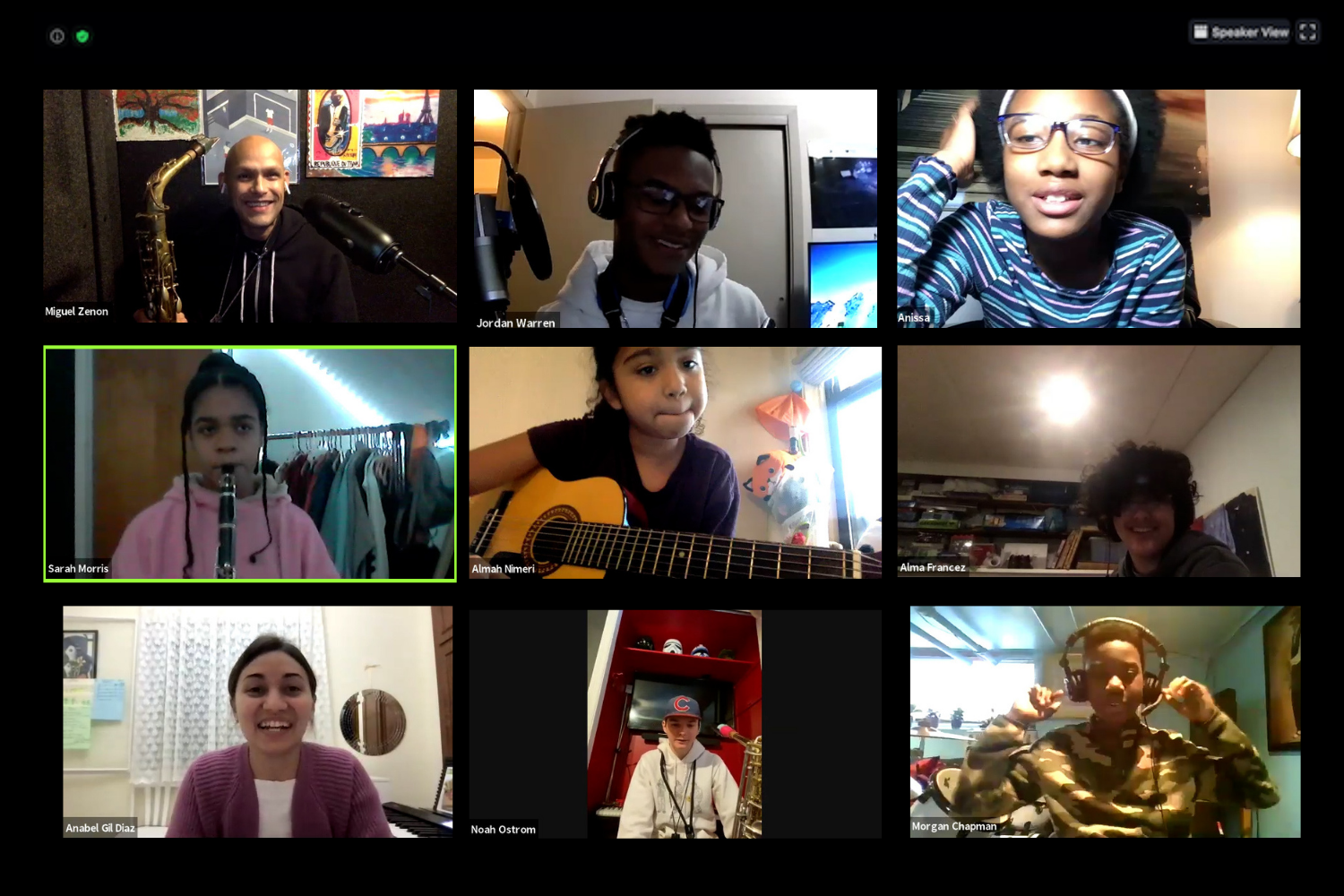 Image from Session 1 with Miguel Zenon

Multiple Grammy Nominee and Guggenheim and MacArthur Fellow Miguel Zenón represents a select group of musicians who have masterfully balanced and blended the often-contradictory poles of innovation and tradition. Widely considered as one of the most groundbreaking and influential saxophonists of his generation, he has also developed a unique voice as a composer and as a conceptualist, concentrating his efforts on perfecting a fine mix between Latin American Folkloric Music and Jazz.

Examiner.com’s Neil Tesser calls him “one of the most exciting young musicians.” Chicago Tribune’s Howard Reich says that he “stands out as an ebullient soloist offering a formidable technique and a radiantly polished tone.” JazzChicago.net’s Brad Walseth regards him as a “young lion trumpeter.”

Five-time Juno Award winner, Jane Bunnett has turned her bands and recordings into showcases for the finest musical talent from Canada, the US, and Cuba. She has been nominated for three Grammy Awards, received The Order of Canada, The Queen’s Diamond Jubilee Medal, and, most recently, The Premier’s Award for Excellence.

Seven-time Grammy-nominated percussionist, US Artists Fontanals Fellow, and 2013-2014 SFJAZZ Resident Artistic Director, John Santos, is one of the foremost exponents of Afro-Latin music in the world today.Born in San Francisco, California, November 1, 1955, he was raised in the Puerto Rican and Cape Verdean traditions of his family, surrounded by music. The fertile musical environment of the San Francisco Bay Area shaped his career in a unique way.

As a solo artist and as a collaborator with jazz giants from Dizzy Gillespie to Wayne Shorter, for over three decades Grammy® Award Winning Panamanian Pianist-Composer Danilo Pérez has been lauded as one of the most creative forces in contemporary music. With Jazz as the anchoring foundation, Pérez’s Global Jazz music is a blend of Panamanian roots, Latin American folk music, West African rhythms, European impressionism – promoting music as a borderless and multidimensional bridge between all people.